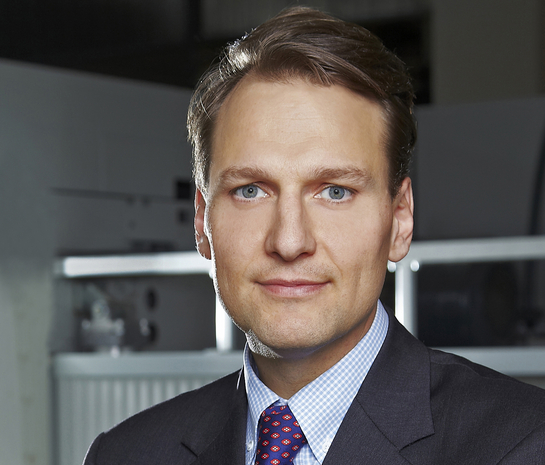 After six months of Covid-19, Cord Prinzhorn, CEO of Prinzhorn Group, takes a look back on the impact of the Corona crisis on his day-to-day operations as well as on the company's strategic projects.

Overall, Prinzhorn Group is doing quite well. Important projects were implemented despite Corona-related delays and a decline in sales. "Although we have up to 20 percent lower sales, we are much closer to the budget in terms of earnings," Prinzhorn said.

Due to the broad customer portfolio with more than 25,000 packaging customers - 75% of which are served as local customers around the packaging plants - Corona-related market changes could be softened or compensated. The increased online trade and 70% of all customers being in the food sector also ensured a solid utilization of the packaging companies.

"Since our three divisions are interconnected in all 16 countries, we have a good overview of the entire recycling-cycle. In this way, a targeted response to market changes through risk diversification was achieved. This resulted in sustainable and stable development," says Prinzhorn.

Prinzhorn is particularly pleased with the fact that corrugated packaging, in line with the environmental trend, is preferred by the end customers. In Prinzhorn Group, new packaging paper is exclusively made from paper for recycling.

With the "Grow2030 Strategy" and the associated goal of doubling the Group on the basis of 2015 until 2030, the company consistently grows through acquisitions, expansion and greenfield projects. Recent examples of this are new corrugated plants in Poland and Romania. With the integration of the divisions packaging, paper and recycling, the group stands on three solid legs.

Cord Prinzhorn: "Of course there are also countries where we have had difficulties. For example, the construction of our new paper machine in Spremberg near Dresden was delayed. This is not pleasing for a EUR 370-million-euro project, but we simply have to deal with it in times like this."

From Prinzhorn's point of view, stable management, long-term thinking and low turnover among employees make a significant contribution to the company's success. His father Thomas Prinzhorn laid the foundation for the sustainable expansion of the group. In recent years, nine out of ten euros earned were reinvested in the company. With a modern machinery, secured liquidity and 9,800 highly motivated employees, the company sees itself well positioned for the coming months. During the most difficult months of the crisis, Prinzhorn Group managed to operate without short time work in 15 out of the 16 countries. Only at one location in Germany this measure was necessary.

"Long-term thinking towards our employees and stakeholders is of vital importance to us as a family business. We can build on this, especially in difficult times," says Cord Prinzhorn.

With 9,800 employees in 16 countries, Prinzhorn Group is among European market leaders in the packaging, paper and recycling industry. With an annual turnover of 1.90 billion euros, the company is the number three in this segment in Europe.