Broken hearted due to pain we inform you all who knew, loved and respected 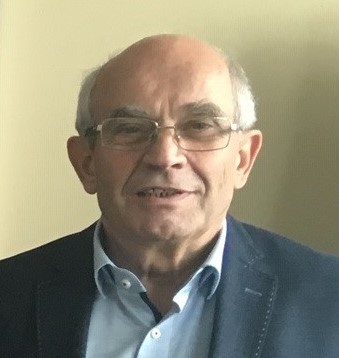 His professional legacy is invaluable to us.

Dr. Zoltán Szikla, doctor of technical sciences, worked for more than 50 years devotedly yet modestly for the Hungarian paper industry. His humanity, professional knowledge, high standards and work capacity are examples for his successors.

He joined the Hungarian Paper Company's Paper Factory in Csepel in 1970. He directed until 1982 production, maintenance and technical development tasks as Chief Engineer.

He worked for 7 years in Finland, in the citadel of the paper industry at that time, as Project Manager at the Finnish Paper Research Institute, then as Vice-President of Yaakko Pöyry Paper Design and Consulting Company. He was also Professor at the University in Lappeenranta and at the Technical University of Helsinki.

After his return to Hungary in 1992 he was assigned as Deputy General Manager of Paper Production for Dunapack Hungary, already part of Prinzhorn Group. Due to the reorganization of Dunapack Hungary in 2008 he became Managing Director of Hamburger Hungaria. Thanks to his excellent preparation, one of the world's most competitive packaging paper production facilities and power plants was built in Dunaújváros. Zoltán's professionalism and experience guaranteed for the owners successful operation of the paper mill site and efficient education of the right professional team. Under his direction the Group's paper production in Hungary quadrupled.

He was also actively involved in the organization of international and Hungarian technical and scientific paper industry life:

1994 – 1997:        Professor at the University in Lappeenrantai, then at the Technical University of Helsinki

His memory will live forever in our hearts.